Customer Service – There Are Some Things That Can’t Be Trained 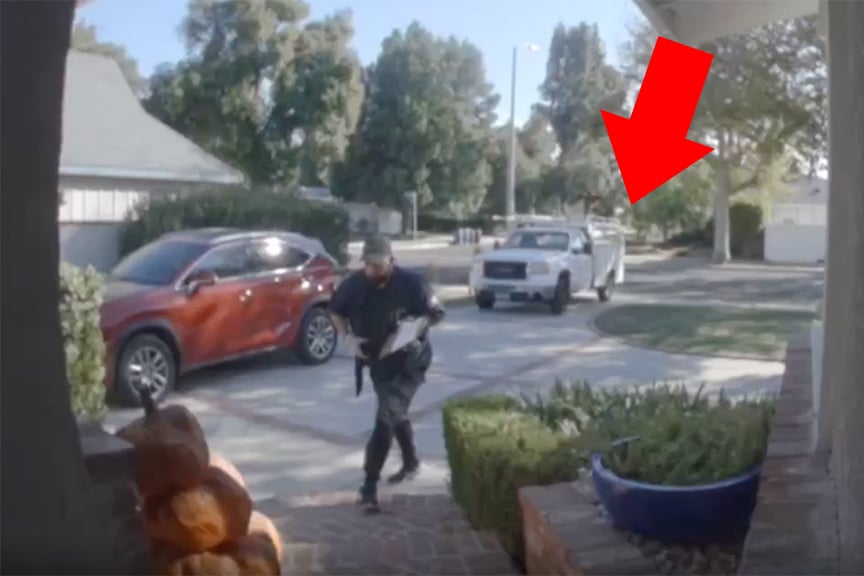 The art of leak detection is something a student can train to do in a week and perfect in a few months of working. Realistically, anyone can learn to use the right equipment and to provide a customer a thorough and complete leak detection and they can do it in an hour, and they’ll get paid for it too. However, when it comes to providing great customer service, there are some things that can’t be trained. You can be instructed, but some people never learn.

I’m going to step outside of the swimming pool industry and you can apply it to your line of work as a service provider. Today, I had my garage door repaired. The idiot who showed up was quite capable of making the garage door opener work, but he did virtually everything outside of the pulley replacement absolutely wrong.

1. He pulled his truck into my driveway and parked right in the entrance of it. Mind you, the garage is 20 feet from the curb and there were no cars on the street remotely close to my house. Just the act of turning the vehicle sideways and parking along the curb instead of pulling 3/4 of the way into the driveway and blocking the sidewalk would have been great … but on sight, I knew I was dealing with a total moron.

2. After getting out of his truck, he approached the garage, I had the door open already and he said, “It doesn’t open smoothly, it will cost $120 only to realign the door. No parts need to be replaced, but it will need re-alignment.

I asked if he wanted to see what the issue was before trying to up-sell me on things I didn’t need. He walked into the garage, saw the hanging chain and said what needed replacement. It’s literally a ten minute fix with the right tools and his obvious experience in the field.

He re-asserted that he would have to adjust the door, stating the door is much too heavy for this system. Mind you, this door is thin aluminum and probably doesn’t come any lighter than this model. I reached up with my index finger and thumb, grabbed the edge of the door and began rolling it up and down and asked, “Do you mean this door is too heavy?”

He argued that it doesn’t move smoothly, which at this point he still hasn’t seen it fully open or close, so I proceeded to fully open and close it, smooth as glass, using the same two-finger clasp.

He continued to insist that the device would break again in 24-48 hours if I didn’t pay him $120 cash to re-align it. Coming on a little strong there Hector!

3. When I asked him if replacing the pulley in the system would be an issue, he said that it’s cheap plastic and it won’t last more than a week, but if he realigns the door, it will last 60 days. At this point I was ready for him to leave. He literally threatened me with the “cheap parts” he was going to install. I asserted, “Can you just fix the problem?” I stated that if it breaks in 48 hours, the insurance company will have him, or someone else come out to do it properly a second time. He agreed that he would do the work … but before doing so, he asked if he could use my ladder.

His ladder was literally the equal distance of my ladder from where he was standing, and he grabbed it and, yes, he used the customer’s ladder , yes, this ass-hat used my ladder, without permission. He just grabbed it and opened it up in front of me.

4. I was listening to him through the garage wall when he thought I couldn’t hear him discussing with his boss on the phone that I wouldn’t pay the $120 and told his boss to call me and see if I’d take a discount for $100 cash. He referred to me as “the asshole” to his boss, then replaced the parts that were broken. Remember, people have ears. They come factory installed and in most cases, they work just fine.

5. He came to the door and handed me a slip, this was a home warranty job so no cash needed to be exchanged, and he turned to leave after stating that because I refused the alignment, it’s not his problem. As he turned to depart, I asked if we should try the door to see if it worked properly … he huffed and said okay. Ironically, right before his very eyes, it worked smoothly all the way down and all the way back up. He re-instated that if it breaks tomorrow, it’s not his fault, then got into his truck and tore off up the street.

6. Shortly afterward, I went out into the garage with a broom. Not only did he leave a scattered pile of refuse from the repair in the dead middle of the garage, he gifted me with a nice frothy white pile of spit on the garage floor.

This is the story of the shittiest form of customer service you can provide, and if this is what someone tells me one of our trainees did, I’d be at the trainees front door to hash it out – fortunately, all of our trainees are educated in customer psychology, how to provide excellent, respectful, neat and dependable services and our trainees’ customers don’t just call them, often they call us, even though we’re not involved in the job, and they tell us how great the experience was.

Want to see a list of great service providers who have trained with LeakTronics? Visit https://leaktronics.com/find-a-pro and call someone who can do a great job, with non-invasive techniques and superior equipment.

Whatever you do, train with Leaktronics or not – don’t be like the guy who showed up at my house today.