Could you imagine having to wait nine days for a contractor to find a leak in your home? For one Pasadena, California homeowner, this terrible experience was their reality.

Let’s take a look at the incident.

Noticing water damage to the wall in their guesthouse, a homeowner in Pasadena, California reached out to a local plumber who in turn contacted a local franchise leak detection company to locate their leak.  The company postponed the appointment twice but finally made it there on the 3rd day. The leak detection took almost two full days but the company indicated a leak behind the wall.  The homeowner gave the green light for their plumber to perform the repair and on the 5th day, a large portion of the wall was opened, the bad part of the pipe was cut out and replaced.

The plumber repaired the leak and the drywall was left open for a day.  The next day the homeowner was to have the wall closed up, but then noted water damage in a different area on the same wall.  The homeowner called their plumber again, who called out their recommended company.  Another day went by.  The referred company came out the next day to see what was happening.  They checked their repair; no leaks. 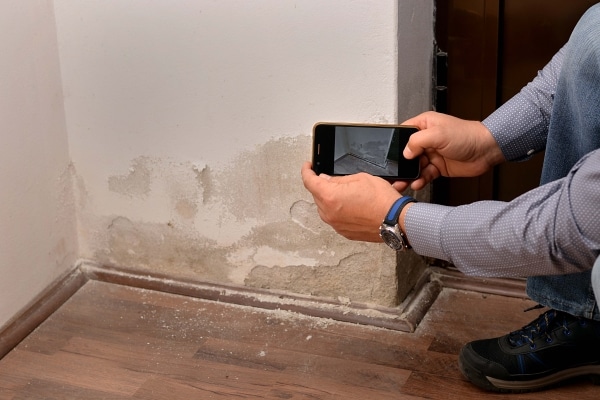 After going through another leak detection, you guessed it – the leak detection company missed the fact that there were two leaks. The second leak was under the slab.  Now the floor needed to be cut open jackhammered and the pipe needed to be repaired.  All in, the homeowner had to wait nine days in total to get all leaks repaired.  By then, there had already been a massive amount of water damage and huge repairs.

Leak detection services should be kept in-house for restoration contractors and plumbers. Being able to locate and repair the leaks in the house keeps your customers happy and coming back when they need your services.